The imports/ directory is the primary location for the RadGrad2 Meteor application code. 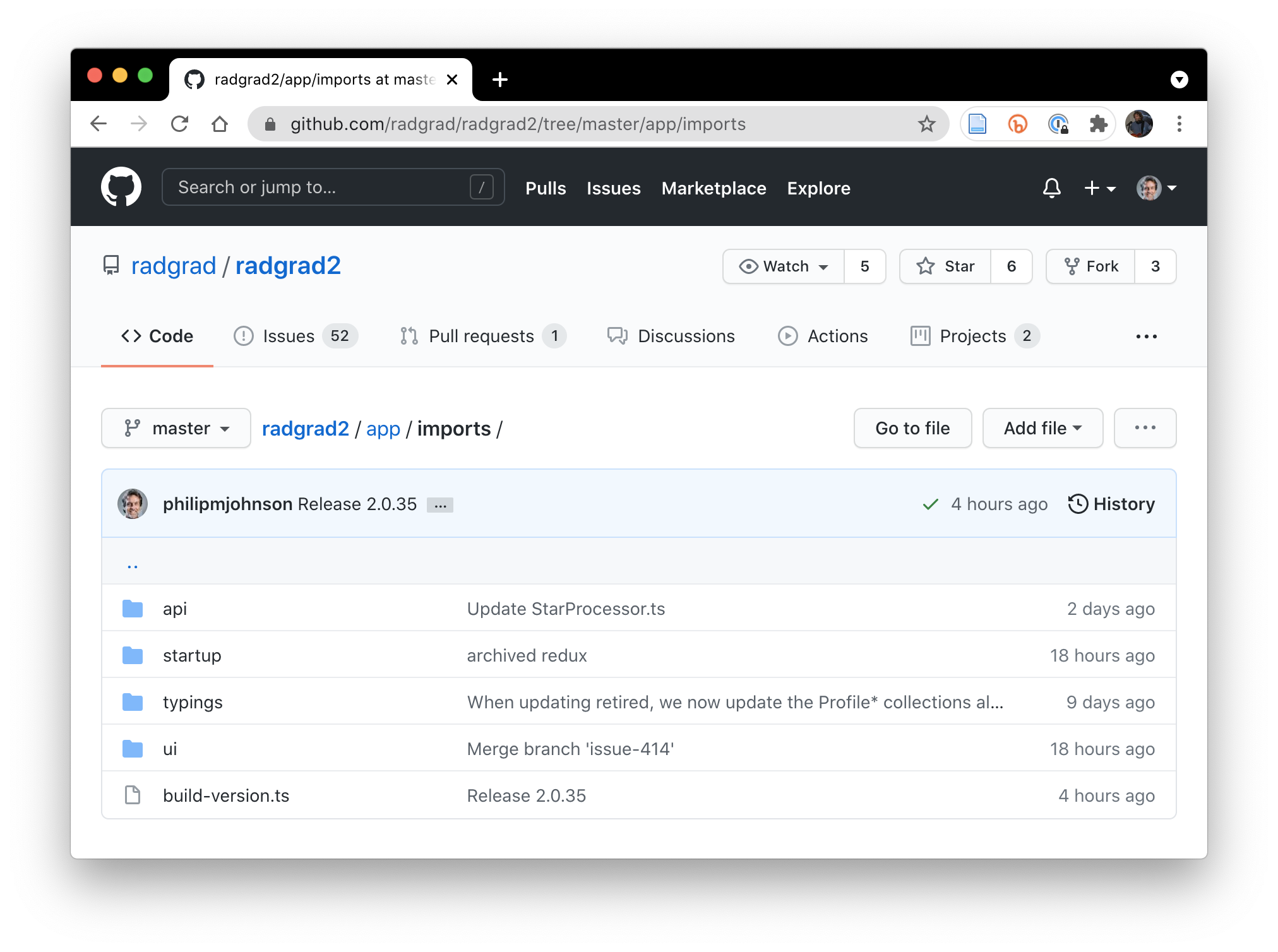 api/: Holds code that defines the "data model" in the form of a set of MongoDB collections. Note that most of this code is "isomorphic": it is designed to be loaded and run on both the client and server sides of the system. In other words, we use the same code to access data on the server side (stored in documents in a MongoDB database server process) as well as to access data on the client-side (stored in documents in the "MiniMongo" database running inside the client browser process.)

startup/: Holds code that is run at startup time.

typings/: Holds Typescript definitions for various functions and objects that are used in multiple places throughout the system.

build-version.ts holds a variable used to display the current version of the system. This variable is (currently) updated via a script when the system is deployed to the UHM/ICS instance.